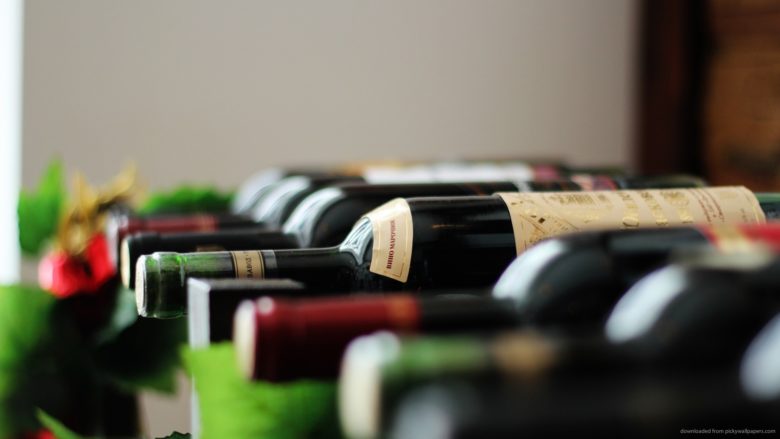 I recently had a couple of girlfriends over on a hot summer Saturday afternoon. I put a bottle of rosé into the fridge to chill. I would say it was in the fridge for a little over an hour before I pulled it out, opened the bottle, poured myself a small taste, smelled it….very hot and acidic, but fruit notes were in there somewhere. I thought, sometimes a wine just needs to breath a minute. But I wasn’t sure if it was off. I smelled it again and tasted ……. Eeeegh! Ok, maybe the awful taste was from the fact that I brushed my teeth earlier and the lingering taste of peppermint with wine was not melding well. I rinsed my mouth with water, drank some water, and tried the wine again…….Aoooaaack! All in the while, my girlfriends had stopped chatting and were giving me quizzical looks with disgust.

I took my small taster glass over to my husband (he has an excellent nose) who smelled it and said, “Nope, this has turned. I wouldn’t drink it.”

Usually if a wine is bad or turned as they say it is pretty distinct. Wine changes due to the slow exposure to air and the bacteria living in the wine. Bacteria feed off of the sugar/alcohol and found in wine. Over time the bacteria can convert the alcohol to acetic acid which is, vinegar. However, there are those rare times, perhaps, it hasn’t fully turned or its just “off”.

The wine was composed of 70% Syrah, and 30% Viognier. I had even tasted it at the winery before I bought it so I know it could taste amazing. So, how do you know if a wine has turned?

From previous experience it was pretty obvious, it smelled and tasted like vinegar. Or it smelled like hot water with a metallic edge to it. But there is definitely heat. Although, this time around was slightly different. The wine had a very hot and acidic smell to it but sometimes a Pinot Noir does as well the first time you open it which could be due to the sulfur addition made just before bottling. Or that the wine just needs to be oxidized a little and allowed to breath. Big reds tend to need this.

Another possibility as to why the wine turned; time. I had bought the bottle during the beginning of the summer of 2016. There were a couple of hot days that summer and the wine is not stored in a cellar or temperature appropriate location. The vintage was 2014. Therefore, there are a lot of factors that could influence the turning of a wine. Personally, I should have drank the rosé (also biodynamically harvested and produced) the summer I bought it. I have yet to find a biodynamic and organic wine that I can hold onto for while. Don’t get me wrong, I do enjoy them and have tasted some that were truly memorable but they don’t seem to hold for a long period of time.

My best guess is if it smells like vinegar, heat is escaping from the top, and it tastes like vinegar, urine, and minerals…..I would advice against drinking it. Besides, that doesn’t sound like something you would want to enjoy or share with friends.

This article does not contain the producer of the wine described. Due to the protection of the producer. At the time of purchase the wine tasted great.


An Evening amongst the Vineyards